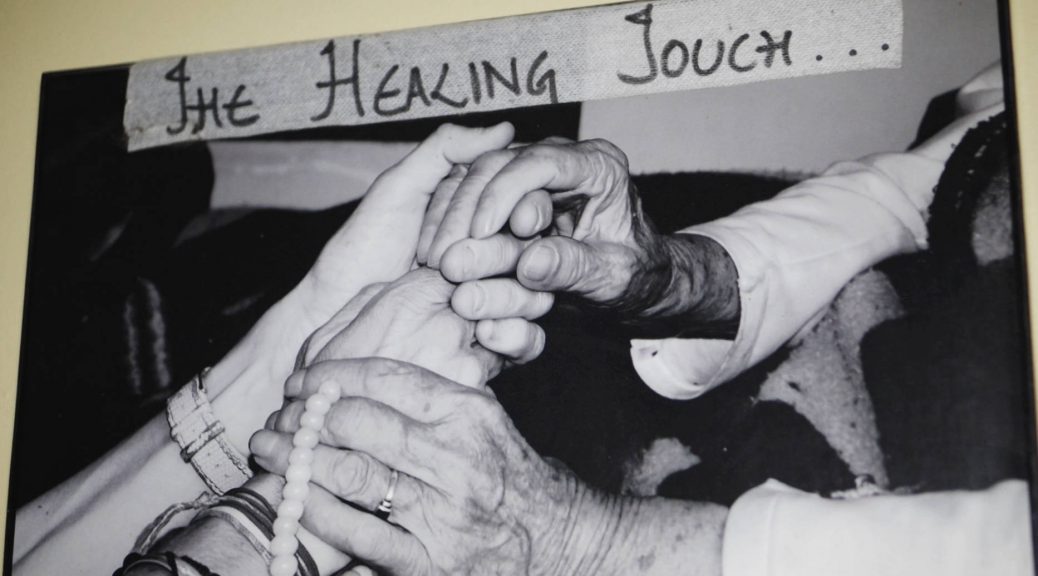 A JOURNEY INTO THE SPACES OF TRANSITION

Three years ago, my mother died in an old people’s and nursing home located in Rheintal. Her last period she spent there hasn’t just made me become aware of life’s fragility in all clarity (including my own one). I also realized how individuals in this last period of their life extremely rely on the support by other people. Since the day I’ve been able to think, I have always considered autonomy as being a fundamental right. Never had occurred to me that independent behaving and decision making could be questioned or even lost by infirmity. This may also be a main reason for the fact that in surveys 90 percent of the people state that they would prefer to die at home. In reality though, things look rather differently.

Why have our desires and reality drifted apart that much? Aren’t there enough people available maybe, who were sufficiently trained to care for dying people at their homes and to ensure a dying process in grace and dignity? Can we afford to die at home and demand for intensive care, at all? Do we put off the question, who will be there beside our bed one day, just because we’re not ready to deal with this topic? Won’t it be too late for that, the moment we will rely on help ourselves? Is it possible to influence the skills of our future caregivers already today? And shouldn’t we raise these questions as early as possible and discuss them in a broad societal debate?

I felt that dealing with this topic by the means of a film, that enables the transfer of emotions, would be a good opportunity to reflect on the dying process and hence on life in general.

Having to rely on the support and presence by others isn’t exactly an easy thing in a society focused on the highest degree of individuality possible. Today, we barely realize the importance of those people who care for dying individuals. Also, the fact that these people – mostly women – are doing this work mainly voluntarily is hardly perceived by our society. It was immediately clear I didn’t intend to create just another film about dying but to portray the “invisible” heroines and heroes of everyday life, people giving care to dying persons. The film should animate to reflect on our communities, as well, in the sense of Gerald Hüther saying: “We need communities whose members invite, encourage and inspire each other in order to surpass each other.”

The film shouldn’t just focus on perceiving those people more adequately, though. It’s also about the dealing with a transformation of our current culture of relationships. A small group of people committed to the well-being of dying people is forming an easy to grasp community across continents and cultures with just one connecting element – being there for others. Maybe, insights into their lives, thinking, feelings and behaviours could inspire and encourage ourselves to make a contribution to the cohesion of our society on our own.