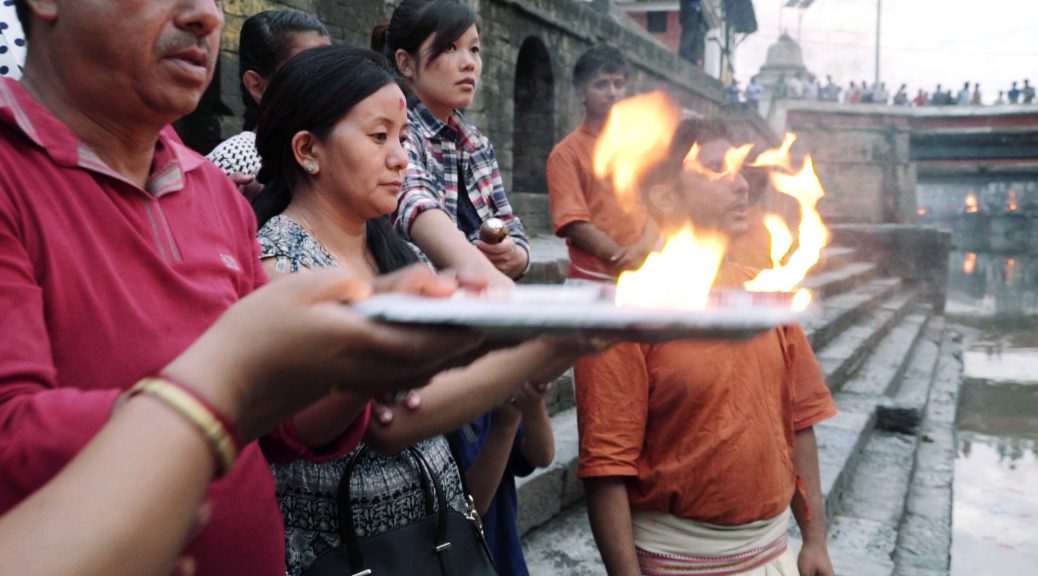 Alcio Braz, Rio de Janeiro, is a doctor, psychotherapist and Zen teacher. Besides his work as a psychiatrist, he trains young people in becoming caregivers for dying individuals. In the film, he mainly represents the question of how we can become familiar with the fact that “we don’t own anything – not even our bodies”. What does it mean to show up for others when facing the fear of the uncertainty of our own death?

„I think the most important thing in caring for dying people, in that sense, for any kind of people, dying or living, or dogs, is to be space, just space. Space like a big cradle that can hold everything. You have to learn how to be space. Because when you are space, you can be space even for yourself. Even for your nasty moments, even for your desperation, for your lack of hope, for your rage, for anything. And then, if you are space, you can be space for those patients. That’s the difference that you make in their lives and deaths. Being space, that is the most important thing.” Sonam Dölma’s acting and thinking were strongly formed by her cultural values. She mainly stands for the nursing aspects in the film. At the same time, regarding the dealing with life’s finiteness, the influence of Buddhism becomes obvious. There is an omnipresent awareness that people are just guests in this universe, that the wheel of life is spinning independently from our personal existence. The knowledge about our transience leads into committing ourselves to caring for others.

„I feel that we all are visitors and in this journey, we have to show compassion to others not to miss out the importance of life. Our journey of life is not certain, we have to do good things, be friendly with everyone, control your anger. We have to be sympathetic towards our patients because who knows we might end up in the same situation. We don’t know how or when we are going to die, nobody knows. I have become much more positive after joining in the hospice.“

Ron Hoffman, Massachusetts, USA, experienced a traumatic childhood. At the age of 10, he was shot by his father who tried to kill his mother in an act of jealousy. This incident has had an influence on his life to this day. As the founder and director of CCALS foundation, he’s now tending to individuals and families in the world of ALS. Elisabeth Würmli, St. Gallen, Switzerland, former gym instructor having experienced a burn-out, decided to get trained as a caregiver for dying people. She’s today tending to dying people as a volunteer, either at the people’s homes or at the palliative-care unit.

„I just came to realize that – if I would like to do something good, no matter in what area – I can only achieve this by starting with myself. Making peace with my inner self, for example, or working against environmental pollution through my personal behaviour. To care for nature in such a way, instead of telling others what to do and not to do. I think all just starts with oneself. That’s the only way how things can change.”